Fighting for Peace with Shadybee 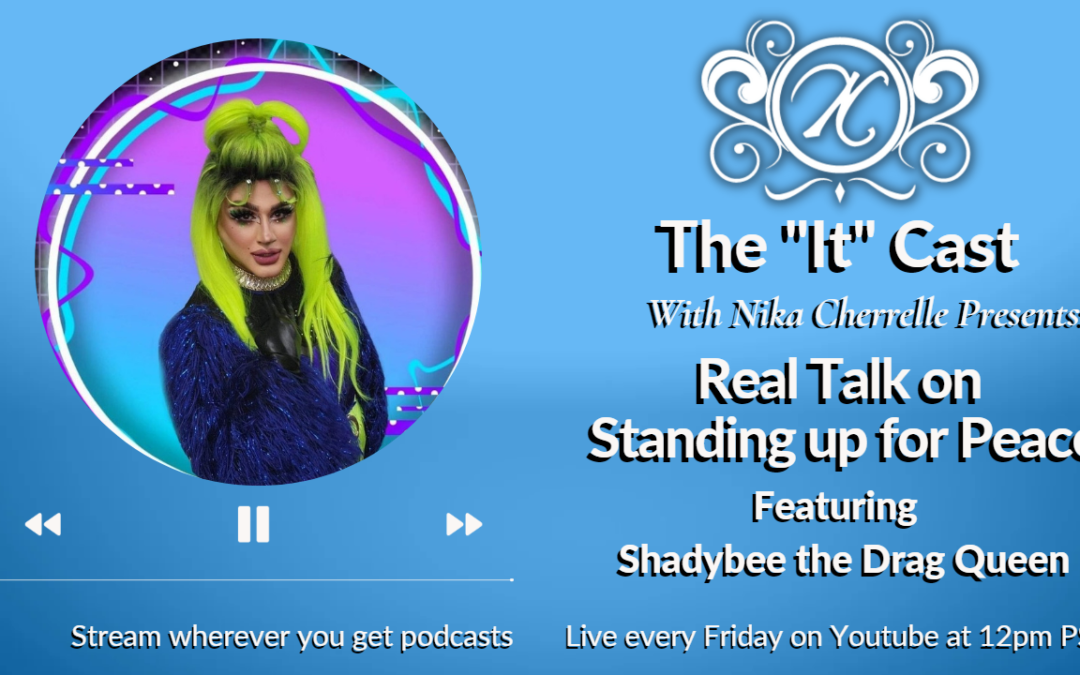 Recently we had some Real Talk on Fighting for Peace with Shadybee. Shadybee is an Arabic Drag Queen from the Middle East. In 2021 Shadybee decided to become a drag queen after finding many elements in drag enjoyable like sewing, makeup, and crafts. Shadybee has overcome racism and xenophobia while navigating what it means to find safe spaces within the LGBTQ+ community.

Shadybee views drag as an opportunity to have a platform where one can express themselves fully. However, because the drag scene is so niche, sometimes when issues come up within the community it can be difficult to find a resolution. This can be tricky because while the LGBTQ+ community is marginalized, issues surrounding racism and xenophobia can be difficult to solve when people within the community are perpetuating harm against each other. Nika shares about a sticker they recently bought that says “being queer does not give you an excuse to be racist.” It is our responsibility to speak up and be honest with ourselves and others about these issues, and take responsibility.

Despite facing some setbacks, Shadybee has been persistent and has found several shows and venues that celebrate and showcase drag talent of different cultures. Nika responds, “It’s about showing up until it’s not unusual that you’re there. Representation does not equal inclusion, and small conversations lead to big movements. When we don’t have these conversations the movement not only doesn’t progress, but everything it was there for goes away, which perpetuates more abuse, discrimination, and prejudice.

Shadybee mentions that a lot of dance movements in drag are inspired by middle eastern culture and bellydance. Shadybee also shares about the reality of being queer in the middle east, shedding llight on the beautiful culture, landscapes, and art. While being queer is considered a taboo in Iraq, Shadybee says that the country is slowly but surely making progress and that there are a few areas and clubs where queer people can gather openly and safely.

Shadybee will be participating in the upcoming Global Sexual Health and Freedom Summit, which will be taking place February 2023. Learn more here: https://sexhealthsummit.com/
Follow Shadybee on IG @iamshadybee, and catch one of Shadybee’s Drag shows!

You have Successfully Subscribed!

You have Successfully Subscribed!